Tips to help you cut down on sugar

You may be on your way to cutting out bad habits such as drinking and smoking but there is something else that most of us over consume on a daily basis that we don’t even notice.

And it is found in almost all food products and drinks that make up our diet, but has also been linked to most lifestyle related health conditions that arise during our lifetime.

Our addiction to sugar varies between the individual and it is the most addictive substance on the planet because most of us have been consuming it before we could even walk, and have never paid it any mind until research started showing how negative overconsumption really is for our health.

But it’s still so hard to quit! 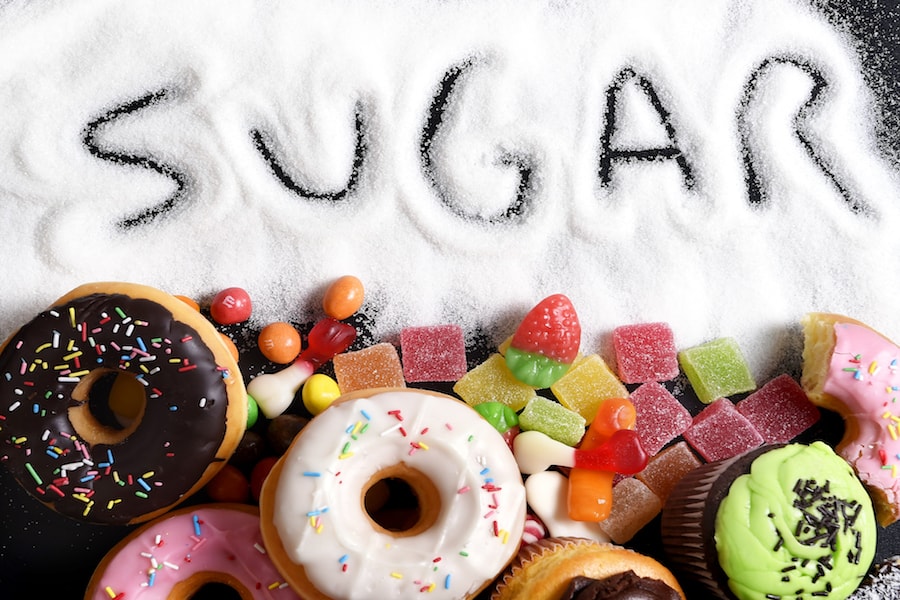 Recent statistics have shown that after plateauing in recent years, consumption was down to 94 grams a day (358 calories) last year, according to the US Department of Agriculture, which calculates the figures by estimating how much of the caloric sweeteners produced are never eaten. But that level is still higher than the 87 grams Americans consumed on average in 1970. The reduction is largely thought to be due to people cutting out the regular drinking of fizzy drinks from their diets. Soda is one of the main contributors to daily sugar intake and we see this in the way that our sugar consumption is regularly measured. More often than not, sugar consumption is compared to how many cans of soda you drink and how much sugar one can of soda actually contains – the results are frightening to say the least.

New US government guidelines call for limiting daily intake of added sugar to 10 percent of all calories. This is a bad blow to the sugar industry, candy makers, soft drink companies, and food processors who have long added sugar to make their products more tempting. But it is good news for the general health of people because sugar has been directly linked to diseases such as type-2 diabetes and obesity, which is becoming more prevalent in the world today.

And it is not only the USA at fault, although Americans are among the highest consumers of sugar on the planet.

Public Health England said its scientific advisory committee on nutrition was reviewing evidence on sugar in the UK diet. Director of Nutrition and Diet, Alison Tedstone, said: "Our surveys show that the UK population should reduce their sugar intake as average intake for adults is 11.6% and for children is 15.2%, which is above the current UK recommendation of 10%.

And more information regarding countries all around the world from Euromonitor shows that only 10 countries included in their research consume 25 grams or less per day, showing how the overconsumption of sugar is a worldwide and far reaching problem.

It is a good thing that daily consumption is declining but it is still way over the recommended guidelines. Recently revised, the new World Health Organization (WHO) guidelines proposed that people consume less than 5 percent of their daily calories from added sugar — that’s about six teaspoons a day. The average American consumes almost double that as the recommendation amounts to about 50 grams of sugar a day.

When consumed at the level your body requires, sugar is just a form of energy. When consumed in excess, it will be stored at fat. When consumed in chronic excess, sugar can cause serious problems: unbalancing hormone levels, damaging the cardiovascular system, driving insulin resistance, causing obesity and contributing to diabetes.

Refined fructose, in particular, can cause problems, as most cells in the body cannot use it directly. It has to be handled by the liver. As the sweetest tasting sugar, fructose is added to all sorts of processed foods to enhance their flavour, and over a long period of time this can increase stress on the liver, even contributing to non-alcoholic fatty liver disease.

The problems that stem from sugar are typically those of excess – the overconsumption of processed, nutrient-absent foods. With that in mind, here’s how you can manage your sugar intake for the benefit of your health:

Get your sugar craving in check by learning your optimal diet type, get Diet Fit!

Stay up to date with the latest tips, trends and advice from the DNAfit wellness team. Subscribe to our weekly newsletter, and we’ll send you more helpful content straight to your inbox! Just fill in the form below. 👇