Legendary footballer Rio Ferdinand not only uses DNAfit to improve his diet and fitness, he also encourages others to get genetically tested for health and wellbeing. Find out about his journey with DNAfit.

Who is Rio Ferdinand?

We know Rio for his exceptional football career. ⚽ His contribution to the world of football has been paramount. But Rio didn’t start off with big dreams in just football. Yes, you read right, he’s quite well rounded for a ‘baller’. 😎

Rio grew up in Peckham, with a big family and even though he enjoyed football with his friends, he also had an affinity for the arts: theatre, drama, and he even attended ballet school for four years. 😲 Wow, right? This guy got some mad skills and it’s not just with a football.

But don’t be mistaken, even though in his youth his primary interests were not football, his exceptional football skills were undeniable. He got noticed by experts who saw him play at the young age of ten. This was when he was invited to train at the Queens Park Rangers academy.

His love for travel spurred his love for football when he discovered he could see new places when playing ‘away games’.

Various teams vied for the young footballers services, for good reason. Thanks to good genes, coupled with his hard work and dedication, his career was catapulted to greatness; and he transformed into the ‘celebrity footballer Rio’ we know and love. ⚽🏃

But wait, there’s more… Former Manchester United and English football legend, Rio Ferdinand, is Head of DNAfit’s Health, Wellness and Sports Advisory Board!!! With DNAfit, Rio’s mission is to improve the nation’s health by understanding how our genetics impact our well-being.

Being a professional footballer Rio’s successes as a player relied heavily on him being at his optimal fitness, which included proper eating habits as well as training to keep his soccer skills at their best. This was something he noticed didn’t happen for other people he grew up. Their focus on their health and fitness dwindled.

Statistics show that today in Rio’s hometown of Peckham, people have a life expectancy 14 years below the UK average! 😔 These stats were alarming to Rio and so he teamed up with us in our mission to improve the nation’s health.

Check out Rio in this video where he visits Peckham to introduce older friends (and the community at large) to the idea of DNAfit genetic testing and especially the importance of preventative health.

But he’s also a family man, Dad to three children from his wife, Rebecca Ellison, who died of cancer in 2015. Ferdinand penned a memoir of his wife's illness and subsequent bereavement called Thinking Out Loud: Love, Grief and Being Mum and Dad (co-written with Decca Aitkenhead).

We count Rio as our #ChangeMaker, because he was moved to action when he noticed the alarming stats that show:

This did not sit well with Rio especially when stats showed that Peckham, was an area with one of the lowest life expectancies in the UK. Rio mobilised with DNAfit and even established Rio Ferdinand’s DNAfit Academy asking anyone and everyone to join Rio as he shines the light on the issues surrounding health and wellness, starting in his hometown.

From 1926-1950 Peckham was the setting for the original social experiment on the health for the working class.

“And it’s also the place where I grew up. As a kid, some of these streets were the firsts places I ever kicked a ball about, and ever since, health and fitness have been a huge part of my life.” -Rio Ferdinand

Rio went to find out how his community view their personal health. Speaking to some of Rio’s oldest friends as well as local young people and parents, he spreads the word about how Understanding our DNA can play a role in improving diet, fitness and fighting hereditary illness.

Rio believes your nutrition can play a key role in you being a health risk, if you’re doing the wrong things, like taking on a broad idea of what's right for your body. 🍎

Rio, together with DNAfit, are ambassadors for taking a personalised approach to wellbeing, taking steps to prevent diseases wherever possible. Creating a positive outlook for health. 👏

Rio played as a centre back for the England national team between 1997 and 2011, and is even former captain of the English team. Rio was a member of three FIFA World Cup squads and is regarded by many to be one of England's greatest ever players. Rio played the majority of his career for Manchester United from 2002 to 2014. He is one of the most decorated English footballers of all time.🏅

According to Wikipedia: “Ferdinand was considered an atypical defensive product of English football due to his more elegant, "continental" style of defensive play; in particular, he was singled out for his unique technical ability and confidence on the ball, as well as his distribution and ability to play the ball on the ground. Ferdinand is regarded as one of the best defenders of his generation, and as one of England's best ever centre backs. In his prime, he was also praised for his pace and tackling, in addition to his positioning and ability to read the game. He was also a strong defender who was reliable in the air, with strong leadership qualities.”

Now that’s an athlete who knows what peak performance feels like! 👌

If you’re aiming for greatness like Rio, crank your workout up a notch with DNAfit. Research shows that following a genetically-matched training plan can deliver up to three times better results. 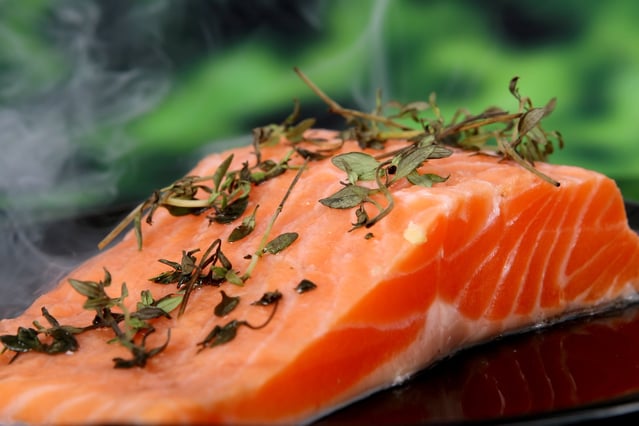 Top 6 Nutritional Myths To Leave in 2020

Just to get things started, know that as DNAfit, we don’t believe there is ever a one size fits all approach to health and fitness. We always advocate for the power of personalised care that accommodates unique genetic traits that often influence...

END_OF_DOCUMENT_TOKEN_TO_BE_REPLACED

Top 6 Health And Wellness Trends To Watch In 2021

The pandemic has brought the reality of health and wellness into a sharp focus, where all of us are having to think and reflect on the status of not just the strengths of our immune systems, but also the impact of our emotional wellbeing on our...