With Eating Disorders Awareness Week (EDAW) 2022 drawing to a close in the UK, it remains essential to continue to speak out and educate communities about eating disorders in order to destigmatise them. Promoting a culture of openness can enable people living with eating disorders to feel less shame, and hopefully, ensure that they reach out for help sooner rather than later. Remember that educating others and ourselves on the realities of eating disorders can help to save a life!

Researchers have found that different factors can trigger disordered eating, including genetics, cultural pressures, emotional health, and peer pressure. Media, especially social media, and the people within a person’s social networks (whether it be physical or virtual) have also been identified as factors that can play a significant role in disordered eating behaviours. Ongoing scientific studies are seeking to understand the influence of social media on eating disorders, and the results thereof have become a point of contention amongst the scientists in this area of research. To date, the insights are still inconclusive because social media itself has not been around long enough for us to fully understand the long term effects. 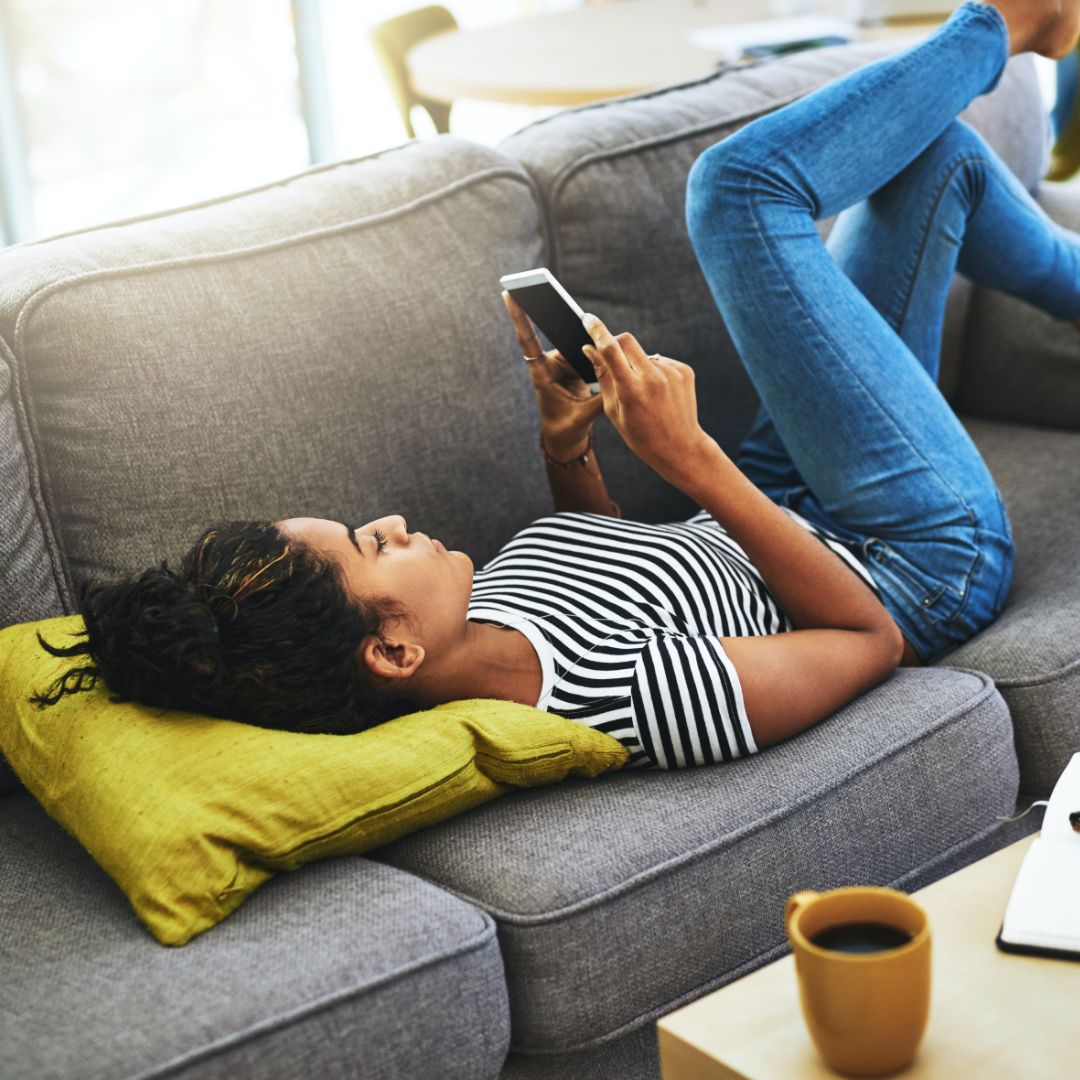 The question of whether social media has increased the rate of eating disorders in young people is not a simple “yes” or “no” at this stage. Some researchers don’t believe that there is enough data at the moment to reach conclusive results.

Some experts argue that young people are overexposed to unrealistic images of beauty, diet talk, body shaming, “thinspiration”, weight loss posts and advertisements on platforms like Instagram and Tik Tok - which in turn, can negatively influence how those users see and think about their own body image. A US-based study showed that a higher Instagram usage was associated with a greater prevalence of Orthorexia Nervosa symptoms (an eating disorder that involves an unhealthy obsession with optimal nutrition), highlighting the influence that social media has on both our physical and psychological well being. The study also made the observation that social media can increase the likelihood of eating disorders in those susceptible to eating disordered behaviours, anxiety and depression. These are also the vulnerable groups of people who may already be struggling with low self-esteem and/or who suffer from a negative self-image.

Research has shown that people, especially teenagers, are more likely to access highly disturbing images promoting self-harm, anorexia, and an unhealthy relationship with food. This is obviously not a new phenomenon - as for the past +20 years there have been numerous studies trying to establish a relationship between eating disorders and various forms of media such as television and fashion magazines. A 2004 study concluded that traditional media played a significant role in the development of eating- and food-related disorders. They found “plenty of evidence demonstrating that the media glorify slenderness and weight loss and emphasize the importance of beauty and appearances.” This evidence, researchers added, supported their conclusion that “exposure to slender media images of women and perceived pressure from the media to be thin negatively affects female body image and emotional wellbeing.” Additionally, it has a “significant negative impact on body satisfaction, weight preoccupation, eating patterns, and the emotional wellbeing of women in the western culture.”

So the rise of social media has simply heightened an already existing problem, also taking into account that, unlike traditional media platforms, social media is always on. Those with a propensity for disordered eating not only now have limitless access to damaging content but also an ability to communicate with each other and join groups that encourage unhealthy eating practices. Such (unhealthy) communities have been found to not only encourage disordered eating but also provide sufferers with strategies to help them hide their illness while bombarding them with messaging that normalise their disordered behaviours, therefore propelling them to continue in an unhealthy fashion. Some have been found to be responsible for cyberbullying young people by body shaming and making them feel like they don’t belong or fit in.

This is possible due to social media algorithms on the likes of Instagram and Tik Tok that have been accused of using targeted strategies on those who are vulnerable. Simply clicking on a few content pieces that skew towards disordered eating, could result in users now being profiled as someone who is likely to click on that kind of content. And so the algorithms will continue to feed and double down on similar content that may be damaging in the long term. This also often results in those recovering from disorders, relapsing due to misinformation and engagement with content that increases their poor self-image.

This is an important conversation because recent statistics indicate that between 1.25 and 3.4 million people in the UK are affected by an eating disorder (this number is only based on those who have come forward for a diagnosis, which means the actual number is likely to be even higher), with a clear indication that most eating disorders develop during adolescence, although there are cases of eating disorders developing in children as young as 6 and in adults in their 70s. So it's important for parents and guardians to be aware of the signs of disordered eating in young people from early on so that necessary interventions can be implemented, some of which can include (but not limited to) reduced social media use.

What exactly does disordered eating entail?

To understand what disordered eating is, you first need to understand what normal looks like - this is important in a society that is heavily influenced by diet culture as the norm. Hence, it isn't always clear what makes for normal versus abnormal eating behaviour when we are constantly encouraged to either eat less or not at all, in some cases. 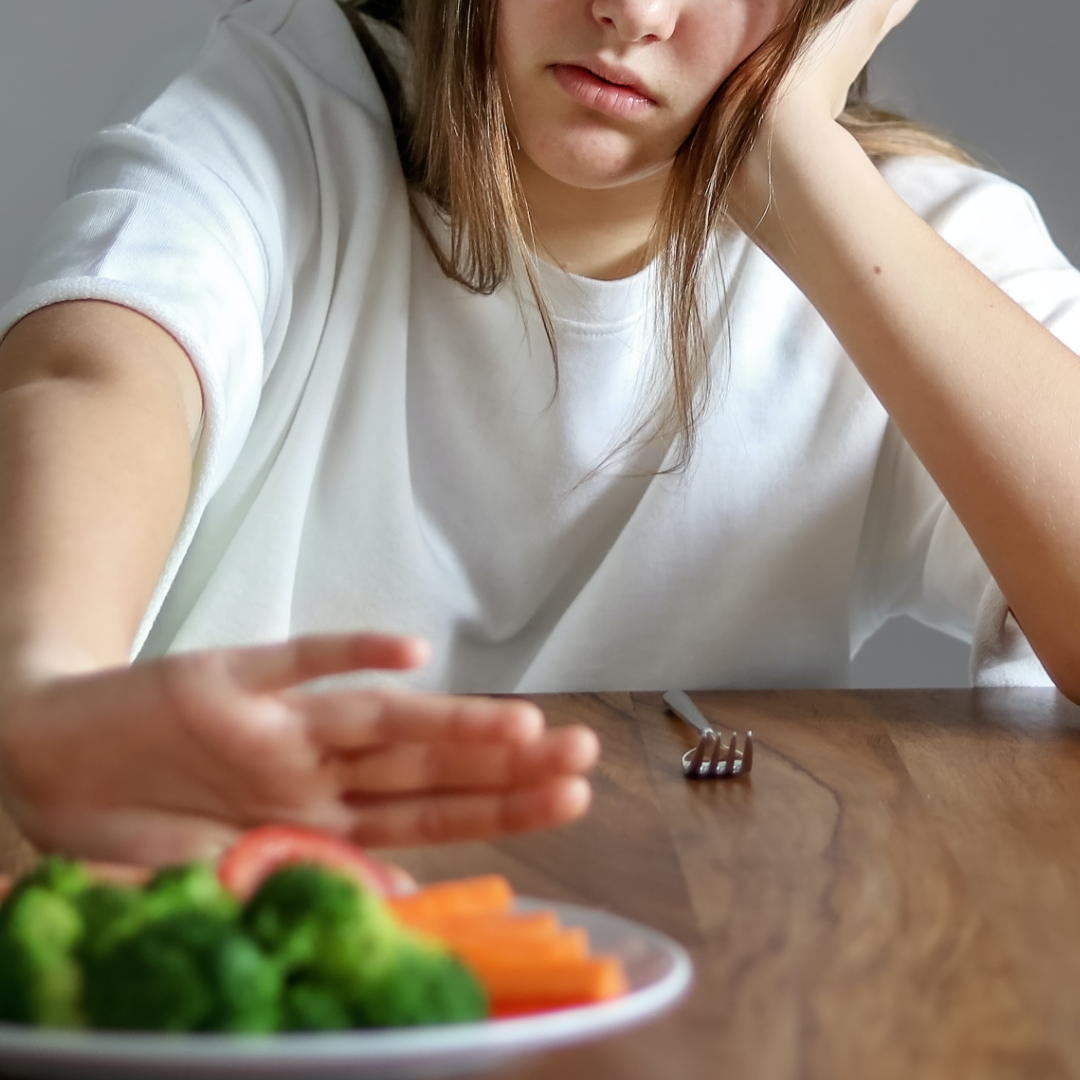 So eating disorders are defined as the disruption in the eating behaviour with excessive concern about body weight that impairs physical health or psychosocial functioning. According to research, eating disorders can present as severe psychiatric illnesses associated with high rates of morbidity and mortality. The fifth edition of the Diagnostic and Statistical Manual of Mental Disorders (DSM-5) has changed the terminology “Eating disorders” to “Feeding and Eating Disorders.”

Even though there is no direct way to measure the impact of social media on disordered eating habits, these platforms have been found to amplify harmful perfectionism and competitiveness. With users having unlimited access to excessive editing and photoshop without regulation or transparency (in most countries), social media influencers and celebrities alike have been accused of posting images that inadvertently promote unrealistic expectations of “perfect bodies” that fan the flames of eating disorders and hinder the recovery of those already suffering from anorexia or bulimia.

Experts also say the curated "clean" eating routines often seen on Instagram can be misleading and promote disordered eating. Public figures like freestyle skier Eileen Gu, who won a gold medal in women's big air freestyle in Beijing, previously told the New York Times that she struggled with undereating in 2021, and openly admits that she was influenced by TikTok diet videos around eating clean. She’s not alone in this, with anecdotal evidence emerging in the past few years from young people who admit that they've either relapsed or developed disordered eating habits from following “diet plans” that they’ve seen on social media from their favourite social media stars and celebrities alike who share “what I eat in a day” content. In reality, much of what they share isn't science-based and hasn't been vetted by experts in the nutrition space. There is no one-size-fits-all approach because people are different, therefore, what they put into their bodies needs to accommodate those differences.

What signs should you watch for as a parent or guardian?

According to experts, an individual who suffers from some kind of eating disorder will have obsessive thoughts about food all day, every day. The thoughts can vary depending on the type of eating disorder: from obsessions over calories, weight, strategies to help them avoid eating, hours of meal planning, obsessing over food labels and ingredients, over-exercising, binging, or purging, to the type of foods they eat.

The three most common eating disorders are:

1. Anorexia nervosa (1, 2), is said to be the most common form of disordered eating and is diagnosed more often in women than in men. Those who suffer from it tend to be extremely underweight and in denial about it. Sufferers experience an intense fear of weight gain, resulting in them eating less and less (or not at all).
2. Bulimia nervosa disorder generally starts in late adolescence or early adulthood, with sufferers eating substantial amounts of food in a short period followed by either forced vomiting, laxatives/ diuretics usage, restricted eating, or excessive exercise to prevent weight gain (1).
3. Meanwhile, individuals with Binge Eating Disorder (BED) tend to eat enormous amounts of food in a short period, accompanied by loss of control during binge-eating behaviour. It's different from Bulimia and anorexia in that sufferers don’t restrict eating or use purging behaviours to compensate (1). BED usually develops during the teenage years, and research in this area found that one-third of BED patients are male.


Keep in mind that each one of these eating disorders can be present differently in each individual and can carry lifelong consequences. It's important to get a proper diagnosis from a healthcare professional.

The following are some of the signs and symptoms associated with eating disorders:

What can be done to help?

Remember that there is a wide variation in how eating disorders are managed. Treatments are frequently multi-faceted and require a multidisciplinary healthcare approach. The recovery for disordered eating is about more than just the body - with psychotherapy from a psychologist, pharmacotherapy from a psychiatrist and nutritional therapy from a dietitian. It is crucial to seek treatment early for eating disorders and that their management approach is tailored to an individual patient's needs.