What happens to your body when you go gluten-free and do you need to do this to stay healthy? We investigate the pros and cons of a gluten-free diet.

You’ve probably noticed that more and more restaurants and stores are stocking gluten-free food, and that many people say that they are following a gluten-free diet to live a healthier lifestyle. According to the Celiac Disease Foundation gluten is a “general name for the proteins found in wheat, rye, barley and triticale – a cross between wheat and rye”. A gluten-free diet is, in fact, quite difficult to adhere to and research has been done that doesn’t support these claims that people who do not suffer from an intolerance or sensitivity should be following such a diet.

Who should not eat gluten?

Sufferers of coeliac disease are most at risk, with even a small amount of gluten causing a strong immune reaction that results in the damaging of the small intestine that can lead to a number of health consequences and side effects. These include: diarrhoea, bloating and even malnutrition. Unfortunately, the only way to avoid these negative reactions is to completely avoid gluten by cutting it out of your diet.

Coeliac disease is a genetic disease that comes down to your HLADQ2 and HLADQ8 genes. Taking the DNAFit test can indicate the effect of these genes but can only suggest a predisposition to gluten. In order to confirm this disease and be diagnosed with it you will need to undergo and blood test and biopsy by a medical professional. After doing so, you will be able to make changes to your nutrition and lifestyle.

Learn what lifestyle-related diseases are and how to take small steps in your daily life to proactively prevent disease by downloading our Proactive Health Management Playbook.

What does it mean to go gluten free?

There are still many foods that you can include in your diet that do not have gluten naturally occurring in them. These include: fruits and vegetables, rice, meat and poultry, fish and seafood, dairy, and beans, legumes and nuts. Oats are another alternative food source but there is a possibility of cross-contamination with wheat and barley growing in close proximity to them, and so eating them should be proceeded with caution.

Due to the growth of understanding about a gluten-free diet, there are also a number of food products currently in stores that can be bought that make the diet easier to adhere to, although it is still highly restrictive.

This restriction includes foods that form a large part of people’s diets all over the world. And is what makes the diet so difficult to adhere to. These include: traditional breads, cereals, pasta, pizza, and beer. But it doesn’t only end there as many other foods and products contain gluten – sauces, soy sauce, toothpaste, medications, and vitamin and mineral supplements.

Is the gluten free diet right for you?

A gluten-free diet has been proven by scientific research to not be healthier for you than a regular diet if you don’t suffer from coeliac disease or any other intolerance to gluten where you feel the symptoms after eating food products containing gluten. One study showed how “differences exist in the nutritional composition of gluten-free (GF) and regular food. GF food is unlikely to offer healthier alternatives to regular foods, except for those who require a GF diet for medically diagnosed conditions, and it is associated with higher costs.” And more research from Harvard has shown that “if you’re determined to go gluten free, it’s important to know that it can set you up for some nutritional deficiencies. Fortified breads and cereals have become a major source of B vitamins in the United States. Although breads made with white rice, tapioca, and other gluten-free flours are becoming more common, they are generally not fortified with vitamins.”

The issue with going gluten-free is that you’ll be depriving your body of essential B vitamins and folic acid that will reduce the amount of fiber in your body. This, in itself, can lead to digestive issues and a poorly balanced diet that will do more harm than good to you. 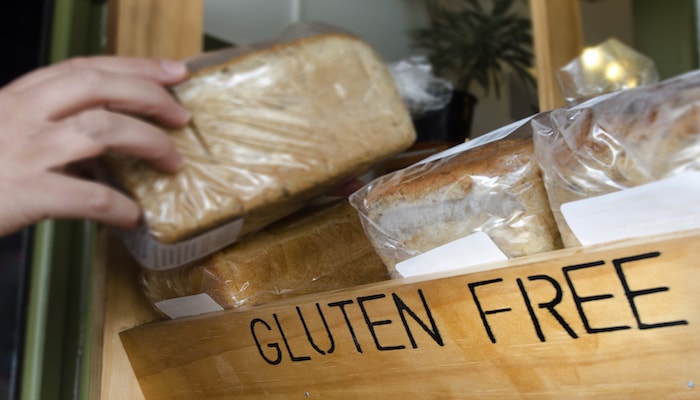 Another interesting aspect is that new research has found that it may not be gluten causing your symptoms and puts even more of a premium of doing a blood test and biopsy to see if you have coeliac disease. “In a randomized, double-blind, placebo-controlled crossover study of individuals with self-reported non-celiac gluten sensitivity, we found fructans to induce symptoms, measured by the gastrointestinal symptom rating scale irritable bowel syndrome version.”

In conclusion, going gluten-free is necessary for around 13% of the world’s population who cannot tolerate gluten in their diet, but as a health trend for the rest of the population it is fad that is not only restrictive but unnecessary for maintaining your health. If anything, you’ll be putting yourself at more risk due to your body lacking the nutrients it needs.

Learn more about Diet Fit - this DNA testing kit allows you to take full control of your nutrition by matching foods to your genetic make.

Stay up to date with the latest tips, trends and advice from the DNAfit wellness team. Subscribe to our weekly newsletter, and we’ll send you more helpful content straight to your inbox! Just fill in the form below. 👇