Getting DNAfit for the Marathon De Sables with Fiit founder, Ian McCaig

Ian McCaig, CMO and co-founder of the online training platform Fiit, is using his genetic results to gain a competitive edge in the upcoming Marathon Des Sables (MDS). The MDS, which has been called the toughest foot race on Earth, consists of six full-length marathons in six days - across some of the toughest terrain on the African continent.

In preparation for the MDS, Ian had his DNA tested with DNAfit to find out how he can optimise his training routine and nutritional intake to achieve the best results. Before we dive into Ian’s training programme, here’s a quick summary of his key genetic results and what they mean for his training programme.

According to his genetic results, Ian has a 71:29 split between endurance and power. Genetically, he’s predisposed to respond  better to endurance-based training, rather than focusing on purely power-based. He also has a medium to low carbohydrate sensitivity, which means he can eat more carbs without without too much fear of weight-gain. Something to look out for is his higher risk of injury. This means that while he clocks up the miles, he should add mobility and injury prevention exercises to his workout.


Training for a marathon

A marathon is a distance event that requires endurance-based training, perfectly suited to Ian’s genetic predisposition. Three long, steady state cardio running sessions with varying distances (21km, 18km, and 15km sessions) over the course of a week will serve him well. The goal of this training is to improve aerobic capacity, often seen as an increase in VO2 max - the maximum amount of oxygen the blood can carry. Ian’s VO2 max is responsive, so he can readily expect gains in this area.

Let’s not forget that MDS is six marathons, in the desert, carrying a backpack—that’s extra load and uneven footing. So, for Ian especially, we’d recommend including an additional muscular endurance session aiming for two to three sets of 15 to 20 repetitions at 50-65% 1RM (repetition maximum) focusing on the legs and core muscles. A high repetition of shoulder exercises would be recommended as well because running long distances requires you to maintain your posture.

The point to note here is the number of repetitions. Research by DNAfit has shown that endurance responders, like Ian, will get fitter faster when they match their reps to their genetics. Three sets of 15 to 20 reps in the gym will serve Ian much better than six sets of three reps.

The interactive Fiit platform has a classes split into three categories, Strength, Cardio and Rebalance. Both the Strength and Cardio classes could be called HIIT (high-intensity interval training), with changes in the type of movement and the recovery time available. Between Strength and Cardio, Ian will get more efficient gains from the Cardio class, categorised by more jumping around, with smaller intervals of rest. 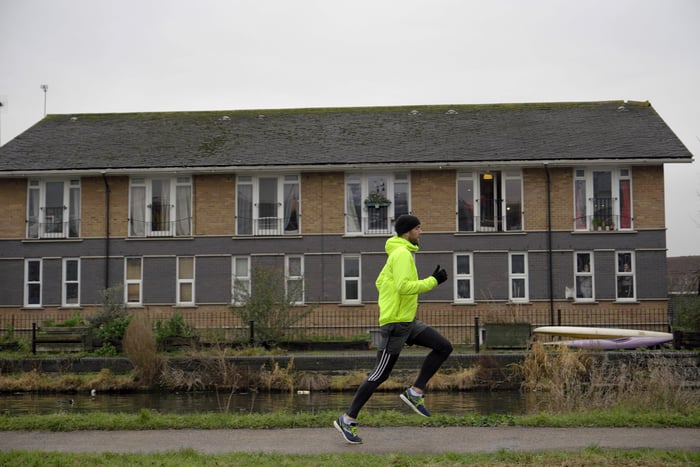 Ian’s genetic results show that he has a high risk of injury. So, we recommend adding in two to three Fiit rebalance classes a week to work on Ian’s flexibility. Depending on the trainer, Fiit Rebalance classes blend yoga, stretch and mobility work with specific goals, such as strong glutes, core stability or general mobility. Ian’s go-to is Cat Meffan’s “Yoga for runners.” 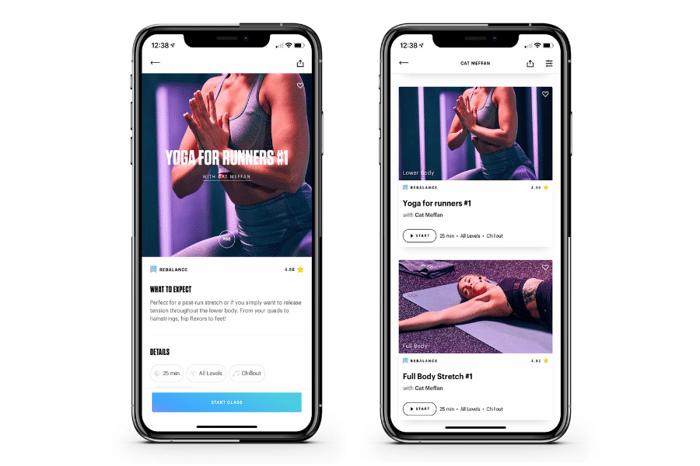 This will help him obtain a full range of motion in key joint areas related to running such as the ankles, hips and knees. In addition, Ian will be doing Breathwork (on Fiit) - either first thing in the morning or before bed, to help him relax.

If Ian is training hard, which he is, his genetics indicate that he has a raised need for antioxidants to help minimise oxidative stress. As a result, he should eat a lot of omega-3s which act as a natural anti-inflammatory. In the months and weeks leading up to the race, Ian should also increase his cruciferous vegetable (broccoli, cabbage, brussels sprouts, etc.) intake, which helps with the elimination of toxins. In his case seven to ten veg servings per day would be better than the average ‘five a day’ recommendation, because of his increased antioxidant need.

These micronutrients are crucial for Ian’s recovery between sessions. Ian’s results show he has a ‘medium recovery’ response which means he needs 48 hours for full recovery between big sessions. As we can see Ian’s schedule is extremely gruelling so recovery aiding methods are recommended. Ice baths would be useful for acute recovery, and it’s strongly recommended that he gets deep tissue massages as well.

According to his results, Ian suits the Mediterranean diet.

Ian was recommended the Mediterranean diet plan because he has a low sensitivity to carbohydrates. This means he can eat plenty of carbs without worrying too much about weight gain, especially if training hard.

During his training, we recommend that Ian limit his intake of meat, chicken or fish cooked at high temperatures (e.g. smoked, chargrilled or fried) to once or twice a week as a result of his rapid phase one detoxification. This is because when you exercise or train hard, you build up more toxins than usual. High temperature prepared have a greater number of toxins that if you metabolise quickly accumulate in your body at a much faster rate - making it harder for your body to recover. So, for example, Ian could include more poached (cook by simmering in a small amount of water) pink salmon in his diet, this will not only increase his omega-3 intake, but will be favourable for his phase one detoxification ability.


How can his meal plan benefit his training programme

Ian’s end goal is to finish in the top 100 at the end of the marathon so, his training programme is (for want of a better word) intense. This means his eating plan must provide him with the right amount of carbs and energy in order for his training to be a success.

When training for endurance no carbs should be eaten three to four hours pre-workout. This helps with performance adaptation long-term. If the endurance session is longer than 90 minutes, then for every 30 minutes over 90 min he should consume 15g carbs to replenish his glycogen stores.

If possible, Ian should eat 30 minutes after a session and make sure that he has 30g carbs at least. Overall, he needs to ensure he eats protein within 24 hours.

Here are some of the best 30g carb examples Ian should be eating during his training:

The benefit of being allowed more carbs than the average person is that you can (and should) eat more carbs throughout the day.

For weight based training, on the other hand, we recommend that Ian eats 30g of carbs 30 to 60 minutes before the workout. This is an explosive style of training, so increasing your internal glycogen storage prior to the workout is important to maximise the performance and performance adaptation of that session.

If your results are similar to Ian’s and you’re entering an endurance race, try and include carbs with every meal (either starch, fruit or veg). Having carbs at each meal helps to stabilise your blood sugar levels. This, in turn, stabilises your energy levels and keeps your energy levels constant throughout the day and for training.


Finding the right balance when training for a marathon

It’s a common mistake to go into marathon training too hard, too soon. And, with training that takes up so much time (running for hours on end), the best programme will be one that you can stick to and that offers consistency.

That’s where the various pillars of Ian’s training all come into play. Running, supported by smart strength training and mobility work should protect him from injury. On the flip side, rest and recovery is vital, both in terms of unwinding and refuelling.

We’re sure all of Ian’s hard work and dedication will pay off and, with the help of DNAfit, he’s optimised his work out to ensure that he reaches his goal.

Good luck, we’ll be rooting for you, Ian!

Get Fiit with 100+ free workouts

Find out more by visiting www.fiit.tv

END_OF_DOCUMENT_TOKEN_TO_BE_REPLACED

Fitness Trends To Watch In 2022
END_OF_DOCUMENT_TOKEN_TO_BE_REPLACED