DNA Day: The Evolution Of DNA Testing And Genetic Science

Deoxyribonucleic acid, or DNA (as it’s commonly known), is a self-replicating substance that is found in every living organism from moss, to starfish and to the hairs on the top of your head. DNA is the main component in our chromosomes. It’s what makes us unique. DNA contains all the information that your cells need to build and maintain your body as a living organism.

The study of our genetics and DNA is relatively new, with the largest and most popular discovery taking place in the 1950s, which we’ll discuss further later on in this article.

What is genetic science?

Genetic science is the study of cells and the identification of variations to our genes. Genetic science has predominantly been used to further our understanding of DNA and our genetic makeup regarding hereditary diseases and health. But, there are many more options available to us. There have been whispers that, with the advancements in modern science, we will be able to predict facial features from a single human genome.

When did we discover genetics?

Scientists have had a basic understanding of genetics as a theory since the 1800s. The term genetics was first used in 1905 by the English biologist, William Bateson who subscribed to Gregor Mendel's theory on heredity. In 1866 Gregor Mendel first discovered the basic principles of genetics when he was experimenting with the hereditary traits in plants. By cross-pollinating peas with distinct characteristics he found that there were dominant and recessive characteristics that were passed on from the ‘parent’ peas to their offspring. Mendel then put forth that other living organisms share these hereditary traits, not only peas. But by the end of the 1800s, this theory had died with him and it wasn’t until 1900 that Mendel’s theories were rediscovered by a trio of scientists and in 1915 the basic principles identified by Mendel had been applied to a wider variety of organisms.

By 1925 genetics as a theory was widely accepted by the scientific community. Before the discovery of DNA, mathematics was used to prove the statistical framework of genetics and including the study of genetics into the study of evolution.

It wasn’t until the early 1950s that the study of genetics was opened up to the discovery and study of DNA itself.

When did we discover DNA?

The discovery of DNA and genetics is still relatively new, it officially dates back to two scientists in the 1950s. DNA was identified much earlier in the 1800s. But the scientific community really began making great strides in the 1940s and 1950s.

The identification of genetics dates back to the 1860s.  Swiss Chemist, Friedrich Miescher first identified the nuclei (what would become known as the nucleic acid) in the white human blood cells while trying to prove the protein component in the leukocytes. It wasn’t until much later when doctors James Watson and Francis Crick ‘discovered’ the existence of DNA.

In 1953, they published a paper on the double helix structure of DNA, A Structure for Deoxyribose Nucleic Acid.  While they’re considered pioneers in the genetic testing field, their discovery would not have been possible without the research and photographs of Dr Rosalind Franklin.

However, Dr Oswald Avery recognised and identified the role that DNA plays in hereditary and genetic characteristics. His findings can be found in his paper on the transformation principle. He is also famed for the experiment the proved DNA is the material that genes and chromosomes are made of.

When did DNA Testing start?

DNA testing - or profiling - came to prominence in the 1980s when it was first used to help solve crimes. By using the polymerase chain reaction, discovered by Kary B Mullis, police in Leicester were able to solve a rape/ murder case and in 1986 Dr Alec Jeffreys made genetic fingerprinting (using samples of tissues and fluids to identify an individual) available to the public.

While DNA testing as we know it was refined between the 1950s and 1980s, there were forms of genetic testing done as early as 1886.

Originally the main use of genetic and DNA testing was for paternity tests, the discovery of prenatal genetic defects such as down syndrome, clinical tests and as mentioned above, in criminal cases.

As recently as 2017, there was a boom in personalised DNA testing where it has been used to uncover our ancestry. More recently still, we are able to use genetic testing to personalise nutrition and health tests. Scientists are now able to pinpoint genetic markers that will influence your sports performance.

Because DNA testing is so easily accessible nowadays, scientists speculate that we will be able to predict physical appearance based on an individual's genome. From your DNA test, scientists are able to deduce your risk of injury and your average recovery time. We are also able to gain better insight into your dietary predispositions - for example, some people have a high-fat tolerance while others are more inclined towards a high carbohydrate diet.

How did scientists discover genes were made up of DNA?

Research into genetics and DNA has been consistent throughout the 20th century. Scientists had seen a link between genetics and hereditary characteristics since the 1800s. But in 1953 came the first concrete evidence that our genes stored DNA.

In 1928, English scientist Fred Griffiths experimented with mice and the pneumonia bacteria. While testing the pneumonia bacteria which is deadly on mice, he found that when using two different strains, there was some genetic information that carried through and killed the mice when it wasn’t supposed to.

Scientific discoveries are happening at an alarming rate, it no longer takes 30-odd years for initial discoveries to be expanded on, as initially happened with the identification and discovery of DNA and genetics. In today's technological world breakthroughs are happening on a weekly basis. With all the advancements in technology and biology, we’re able to learn more, faster.

Because DNA testing is so easily accessible nowadays, scientists speculate that we will be able to predict physical appearance based on a single genome. But, that is not the only exciting possibility that genetic testing will afford us, it opens up a multitude of medical possibilities.

Understanding the history of DNA and sequencing technology is important, not only as a means of discovering new, ancient DNA and help us understand its connection to some diseases but also because the process is so efficient that it empowers us with insights that inform our day-to-day lifestyle choices that can potentially impact our chances for developing chronic illnesses in the future. This can essentially inform how we go about making decisions that can lead to prevention and seeking therapeutic help early in the case of cancer. 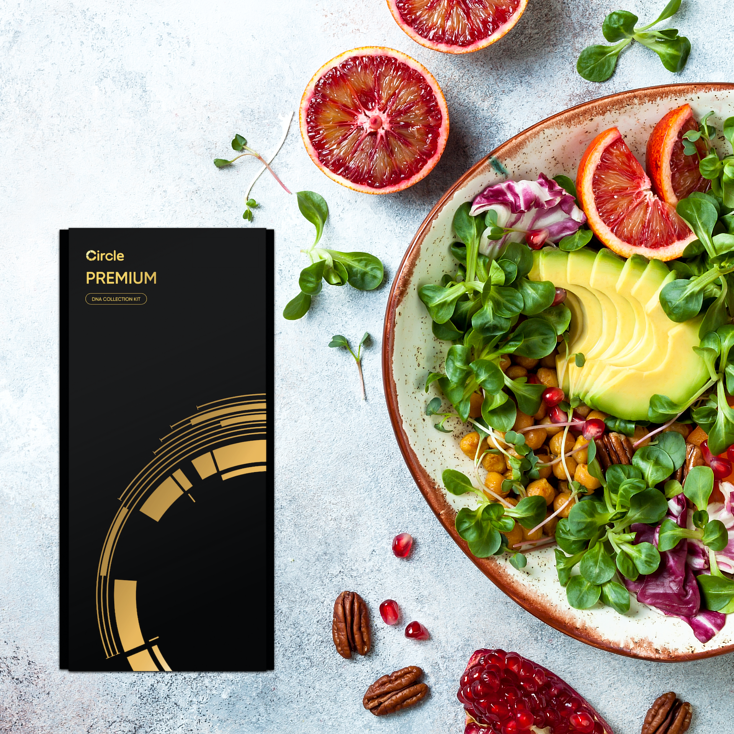 In the world of DNAfit, we’ve applied genetic sequencing to understand the world of health, wellness, nutrition, disease risk and fitness to empower people to take a more personalised and holistic approach to their health and wellness. Our objective is to tap into genetic science to tackle preventable diseases with lifestyle choices- before the effects creep into families’ lives. We help people understand more about their bodies and make simple lifestyle changes to improve health and well-being.

So during this DNA day, we are able to reflect on how far the field of genetic science has come, but also understand that there are still endless possibilities out there waiting to be discovered. This is especially true when utilising genetic insights to live longer, healthier and happier lives. So, you too, have the opportunity to join us on this journey to genetically targeted and optimised approaches to long term health - get your hands on one of our kits to unlock new possibilities.